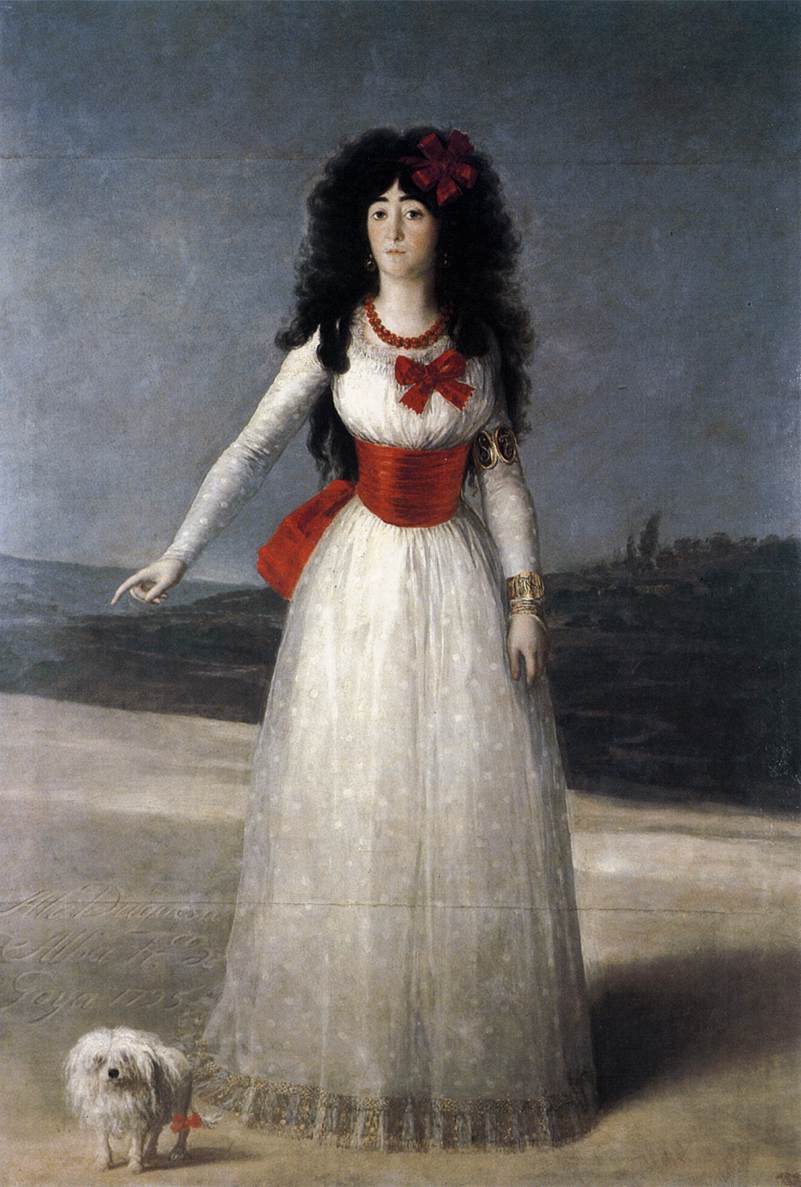 Like its close relatives Bichon Frisé, Maltese, Bichon Havanais, Coton de Tuléar and Lowchen the Bolognese emanates from dogs kept as companion dogs by rich and influential people residing in the Mediterranean area. Aristoteles (348-322 BC) mentiones small white dogs as “canes melitenses”. During the renaissance noble families as the Gonzagas 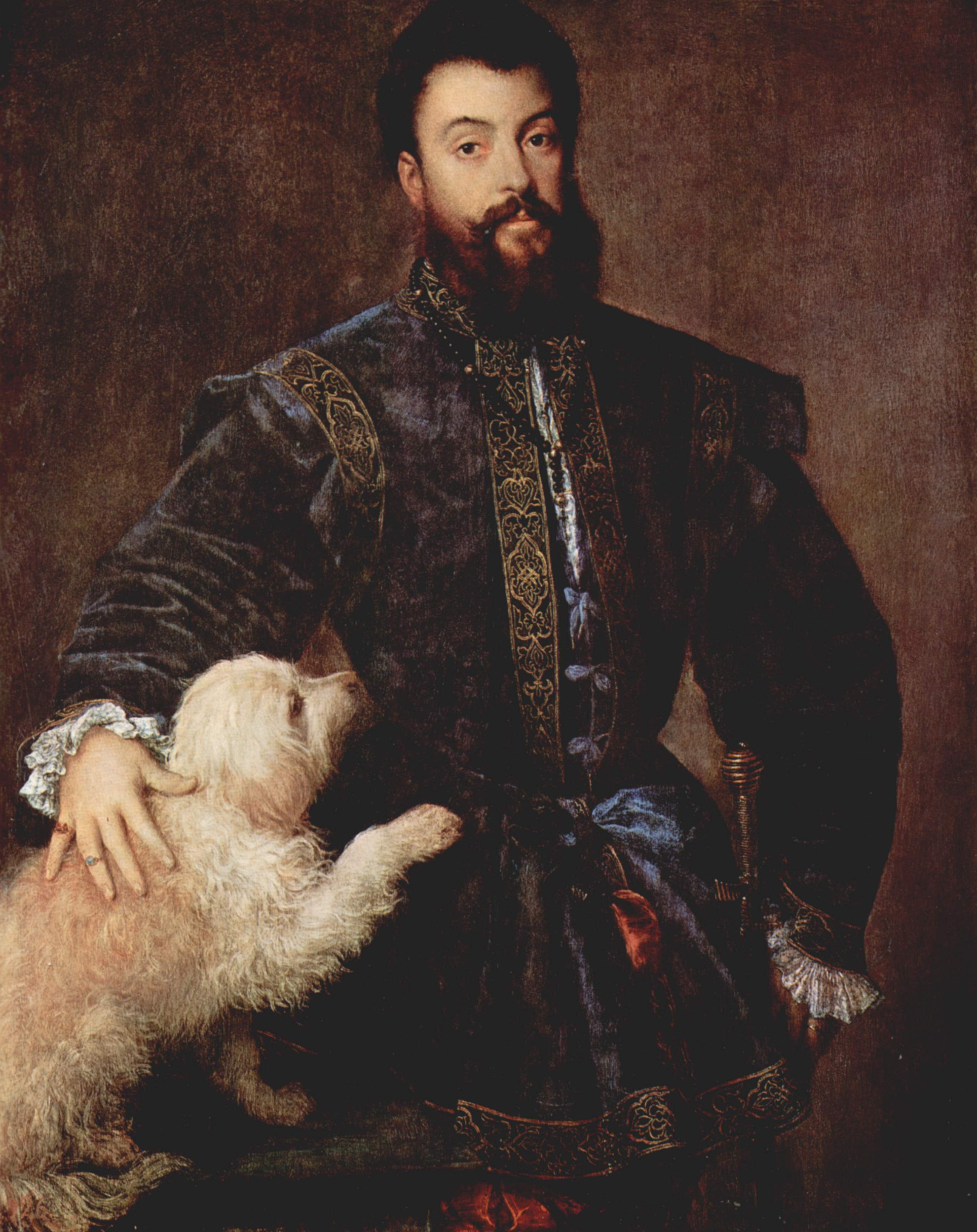 and the Medicis are known to have bred bolognese in their palatal estates. The  affectionate and playful character, beautiful looks and lovely coat made the bolognese dogs a favourite of the aristocracy. They were not sold but given away as treasured gifts. Cosimo di Medici (1389-1464) is known to have sent eight bolognese puppies to Belgium where they were given to mighty and rich nobles.  Philip II of Spain was given two bolognese by the duke of Este and wrote about this as the “most royal of gifts for a royal”.

The Duchess of Alba,
Painting by Francisco de Goya

Other historical  personalities that have kept bolognese include Madame de Pompadour (1721-1764), Catharine the Great of Russia (1729-1796), Maria there Empress of Austria (1717-1780). There are bolognese pictured together with their owners in works by Titian, Goya, Breughel and other painters. 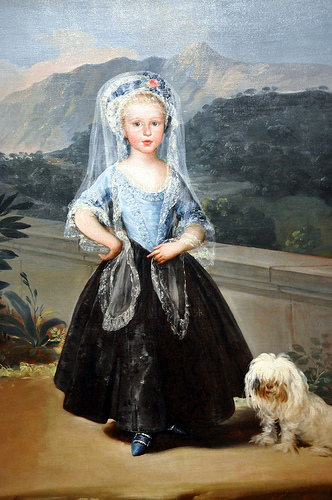 The breed has always been and still is an exclusive breed kept and bred by a few enthusiasts. This 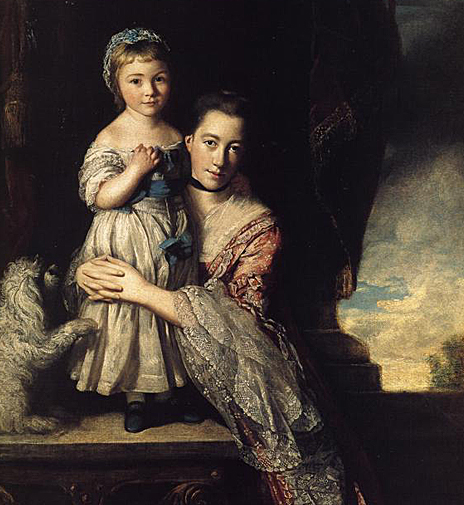 is a pity that the breed is not more well known as its qualities makes it a perfect family dog! The bolognese is suitable for families with children and usually accepts other pets as cats, rabbits and parrots! It is easy to train, seldom barks and does not shed! Although it does not need a lot of exercise it loves to follow its master for a walk. It has no urge to hunt so if conditions permit it can be let off the leash. It is a healthy breed with an expected life span of 8-12 years.

The coat needs to be combed and bathed regularly. Handled correctly this is not very difficult or time consuming and ensures that you have a clean, fluffy  dog that smells nice and no hair on your clothes or floor!

Showing the breed is rather easy as a correct bolognese has a narcissistic trait that makes him or her want to show how beautiful a bolognese can be! Ideally the breed should be shown with the handler standing in front of the dog, not kneeling beside it. The later procedure spoils the outline of the small dog.